Linnaeus is one of the most famous Uppsala University professors ever. Linnaeus created the system for classifying and naming nature, and the foundation of his system is still in use today throughout the scientific world. ‘God created, Linnaeus classified’ has become an adage. 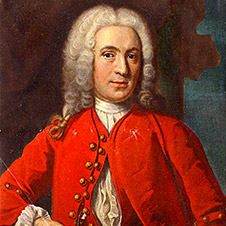 His classification of plants was based on how they reproduce, or their sexual system. The naming was tied to this classification, and the name provides information about how plants are related. Linnaeus had written the work that made him famous – Systema Naturæ – before the age of 30. The classification system has been modified and developed since then, but it has been an important foundation for continued work. The principle for naming has largely survived, and the central tie between classification and naming remains in place.

Linnaeus expanded his system to include not only plants but all three natural kingdoms: plants, animals, and minerals. Many of the names Linnaeus gave individual species are still used, including the name for humans, Homo sapiens, the rational human. Reason and utility infused both the thinking of the 18th century and Linnaeus’ work. 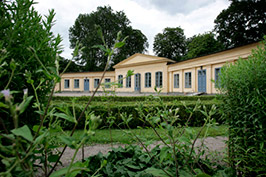 In 1741 he was appointed professor of medicine at Uppsala. He later moved into the house in the Academic Garden and started his work there. The Linnaeus household developed into a productive environment where a large number of colleagues and students stayed, together with his family. The Garden became a place for teaching and experimenting. It was the hub of Linnaeus’ extensive network of correspondents all over the world.

He attracted students, not only from Sweden. A group of students close to him (called his disciples or apostles) were given specific assignments to undertake expeditions to distant lands. Packages of exotic seeds, tubers, bulbs, and animals were sent to Linnaeus in Uppsala. The hope was that Sweden would be able to produce its own tea, silk, pearls, and china. The journeys Linnaeus made to provinces of Sweden were also prompted by a wish to study natural resources in order to exploit and develop them better.

New teaching methods were introduced during the 18th century, more practically oriented ones. Both Linnaeus and other professors incorporated new kinds of demonstrations, equipment, and visual materials in their teaching. The excursions into the countryside surrounding Uppsala that Linnaeus led attracted very large numbers of participants. They went off into the woods and fields of Uppland to observe flowers, insects, and stones.

One reason Linnaeus’ work had such an impact was his ability to create networks, to maintain good contacts, and cultivate benefactors. Linnaeus had many excellent contacts at the royal court, for instance. Linnaeus was awarded the Order of the North Star in 1753 and was made a nobleman for his work.

Linnaeus was a curious and creative researcher. One of his mottos was ‘Omnia mirari etiam tritissima’, which translates to ‘Find wonder in everything, even the most commonplace’.